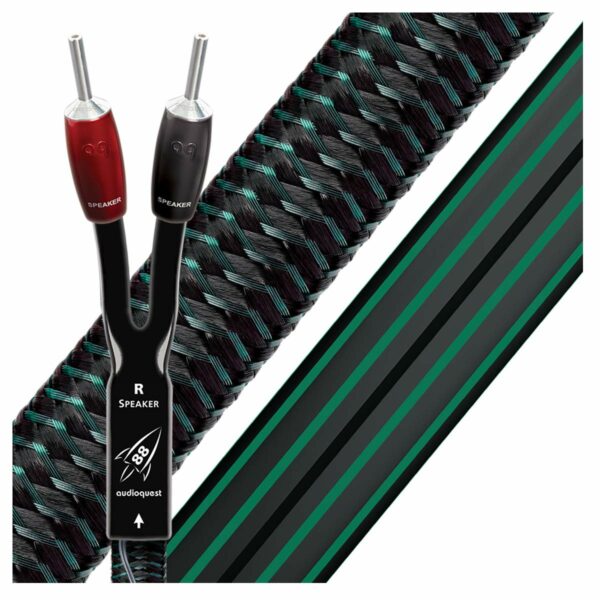 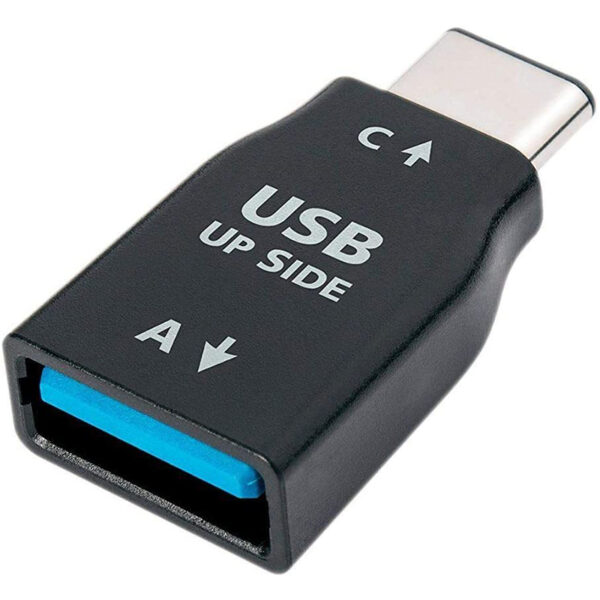 Castle Rock represents the culmination of Gibraltar’s long-term evolution along with performance- enhancing new systems and materials. These ingredients add up to important audible improvements and more pleasurable listening!

A very recent advancement featured in Castle Rock (and all other Tree and Rock Series speaker cables) is the addition of the sleek new “Hanging-Silver” 1000 Series Multi-Spades and Bananas. Originally developed for the WEL Signature Series speaker cables, these plugs are made using a “hanging silver over pure red-copper” process in which the spades and bananas are submerged (“hung”) into a vat of extreme-purity silver, resulting in a very thick direct-silver plate. No intermediary performance-degrading materials (such as nickel or alloy) are used.

Also new to Castle Rock is a more-neatly-sculpted “breakout” (the covering where the cable separates into red and black legs), which is now made of a synthetic non-magnetic polymer, rather than metal. We’re making this all-models upgrade because speaker cables and AC power cables carry large magnetic fields which interact with any metal “collar” around the cable. Eliminating metal in the breakouts is another significant (and clearly audible) step forward in our goal of eliminating distortion and making the cable sonically “invisible.” Please note too that AudioQuest now offers a Single-BiAmp option for any Rocket, Flat Rock or Tree Series speaker cable, including Castle Rock. Although similar to a Single-BiWire configuration in which the speaker end has four connectors, the Single-BiAmp configuration also has four connectors at the amplifier end to accommodate the growing number of users who wish to take full advantage of all the amplifier channels in many of today’s AV receivers and multichannel power amplifiers.

Castle Rock represents the culmination of Gibraltar’s long-term evolution along with performance- enhancing new systems and materials. These ingredients add up to important audible improvements and more pleasurable listening!

SOLID PERFECT-SURFACE COPPER+ (PSC+) CONDUCTORS
Solid conductors prevent both electrical and magnetic interaction strand-to-strand interaction, major sources of distortion. Surface quality is critical because a conductor can be considered as a rail-guide for both the fields within a conductor, and for the magnetic fields that extend outside the conductor. The astonishingly smooth and pure surface of all AudioQuests’s Perfect-Surface metals nearly eliminates harshness and greatly increases clarity compared to lesser materials. Extremely high-purity Perfect-Surface Copper+ further minimizes distortion caused by grain boundaries, which exist within any metal conductor, nearly eliminating harshness and greatly increasing clarity compared to OFHC, OCC, 8N and other coppers.

MULTI-LAYER CARBON-BASED NOISE- AND CROSSTALK-DISSIPATION SYSTEM
This cable’s negative conductors are covered with partially conductive Carbon-Loaded Polyethylene. This remarkable material reduces radio-frequency garbage being fed back into the amplifier. The sonic benefit is exactly the same reduction in “hash” and improved dimensionality that comes whenever RF interference is reduced in an audio circuit. In addition, a carbon layer damps interaction between positive and negative conductors, and an external Carbon-Based NDS System reduces external interference.

FOAMED-POLYETHYLENE INSULATION (FOR ALL POSITIVE CONDUCTORS)
Any solid material adjacent to a conductor is actually part of an imperfect circuit. Wire insulation and circuit board materials all absorb energy. Some of this energy is stored and then released as distortion. Tower, however, uses air-filled Foamed-Polyethylene Insulation on both conductors. Because air absorbs next to no energy and Polyethylene is low-loss and has a benign distortion profile, Foamed-PE, with its high air content, causes much less of the out-of-focus effect common to other materials.

DIELECTRIC-BIAS SYSTEM WITH RADIO FREQUENCY TRAP
All insulation between two or more conductors is also a dielectric whose properties will affect the integrity of the signal. When the dielectric is unbiased, dielectric-involvement (absorption and non-linear release of energy) causes different amounts of time delay (phase shift) for different frequencies and energy levels, which is a real problem for very time-sensitive multi-octave audio. The inclusion of an RF Trap (developed for AudioQuest’s Niagara Series of power products), ensures that radio frequency noise will not be induced into the signal conductors from the DBS field elements. 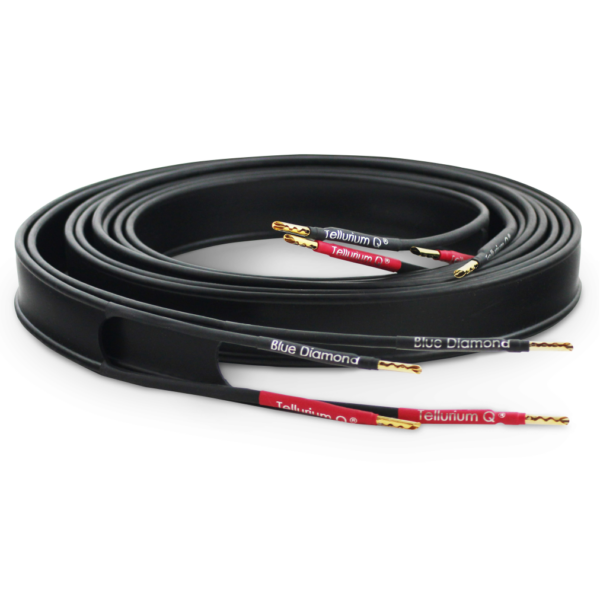 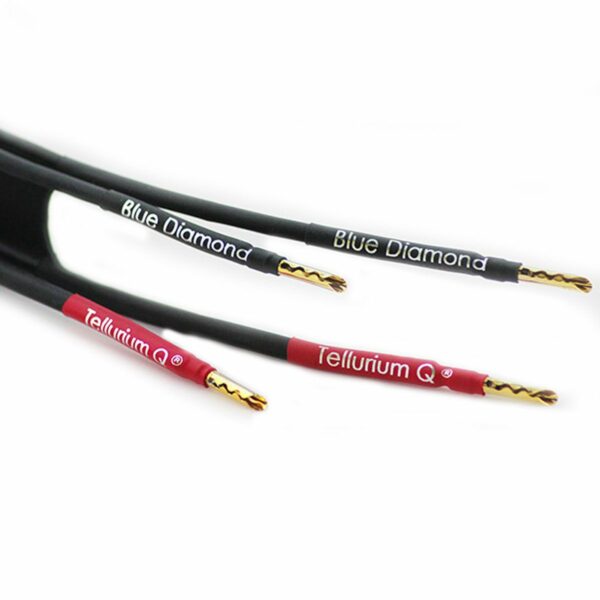 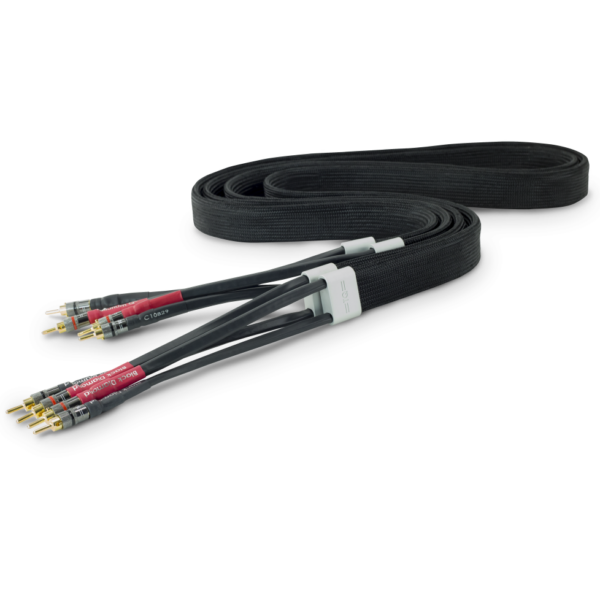 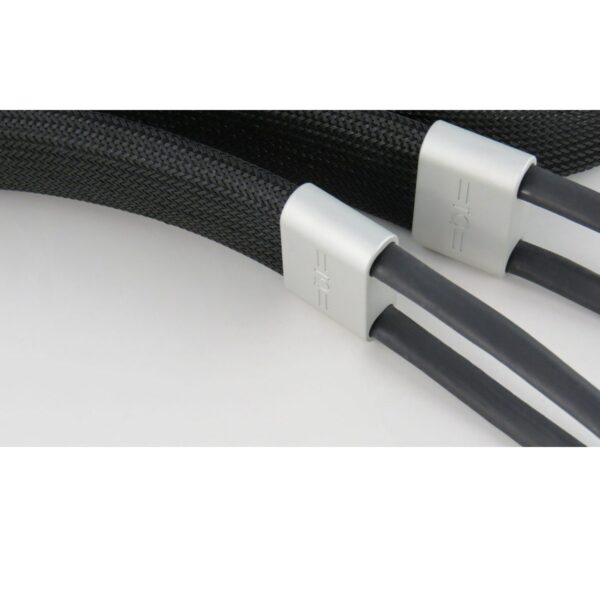 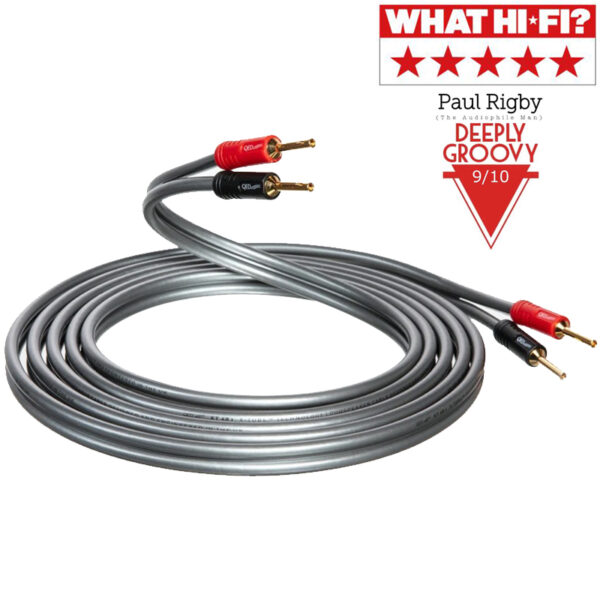 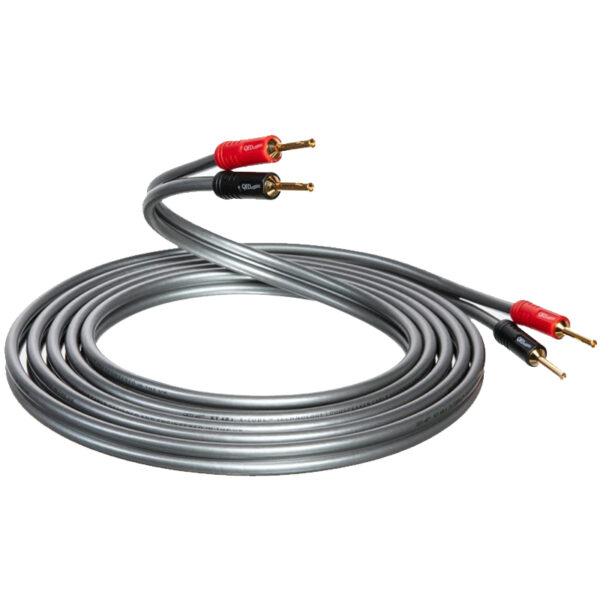 As befits a company rapidly closing in on its fifth decades at the forefront of speaker cable design, QED’s brand new XT40i speaker cable builds on the formidable reputation of the XT40 cable it replaces and offers a decisive step up in sound quality.
Select options
Add to Wishlist
Add to Wishlist
Quick view 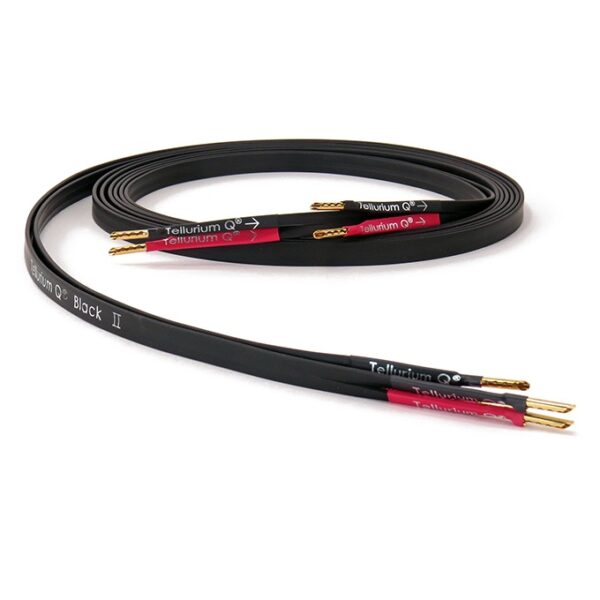 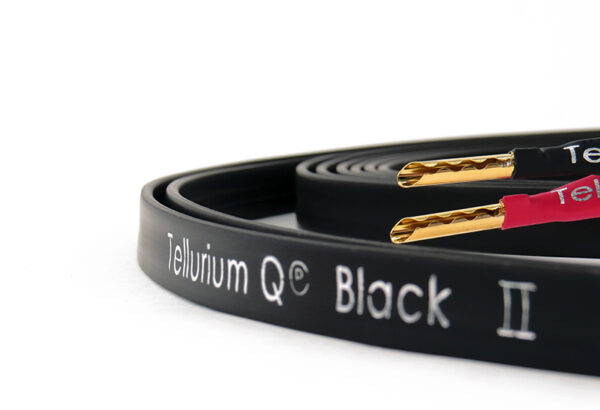 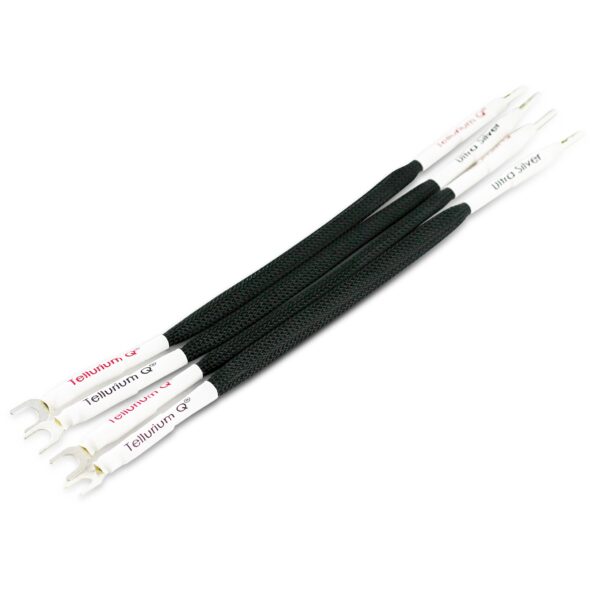 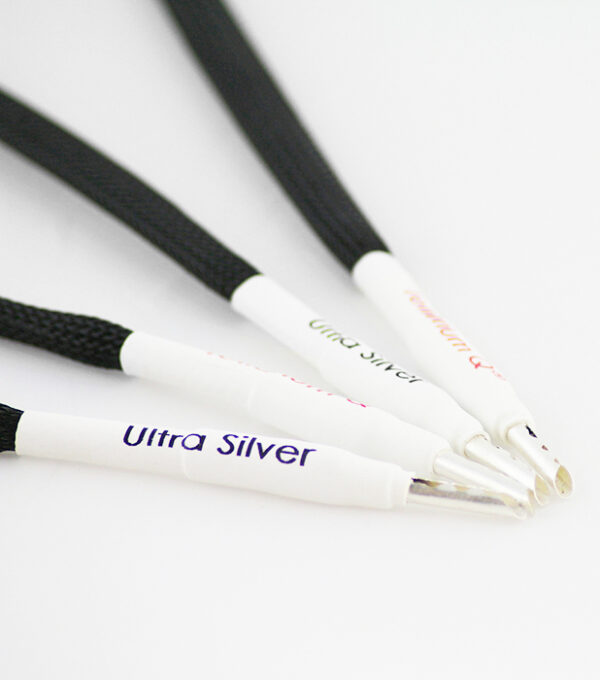 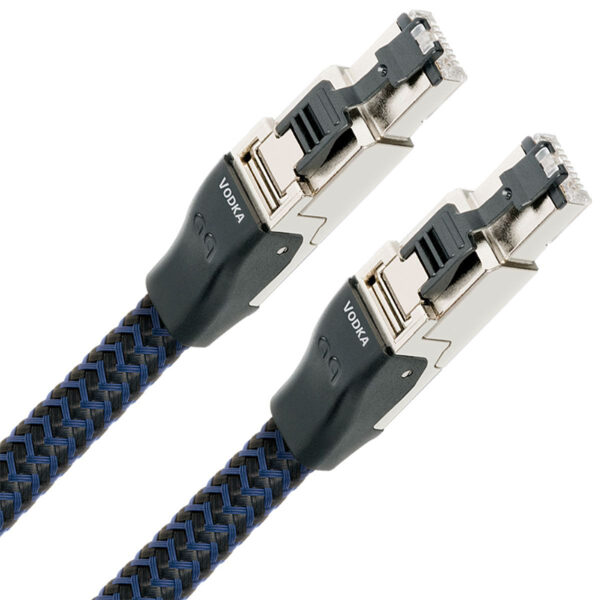 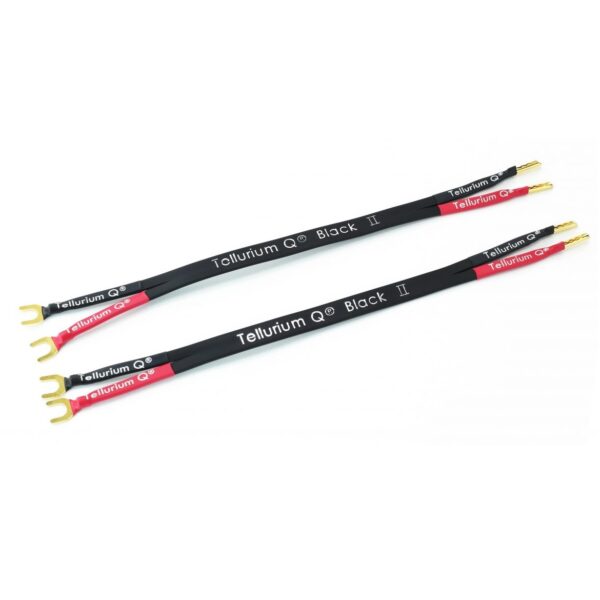 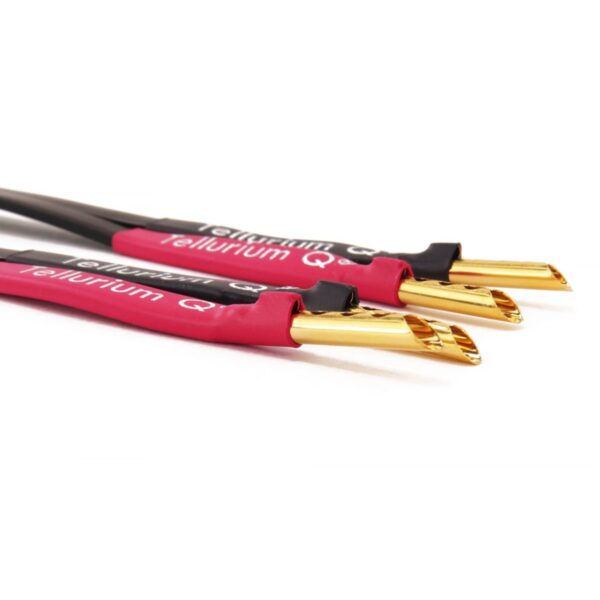 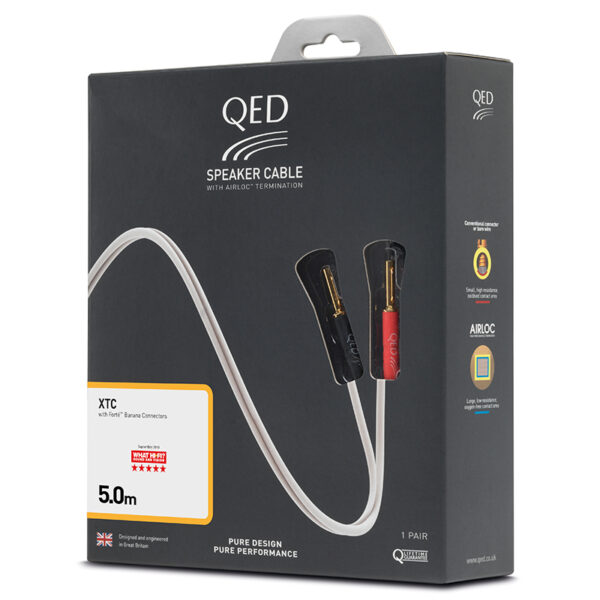 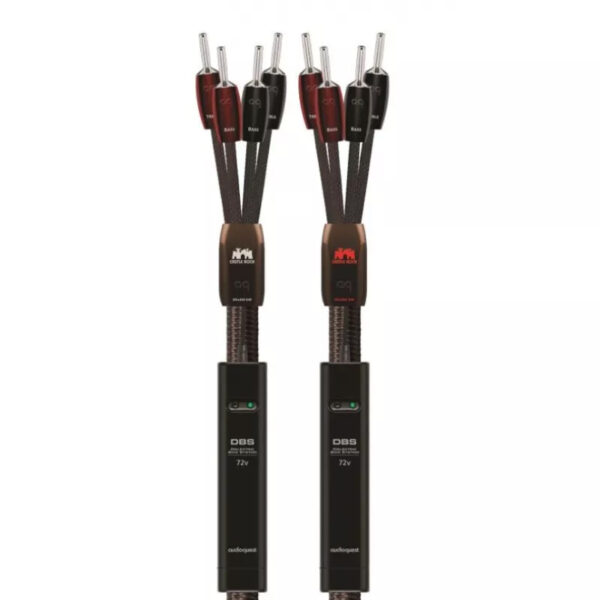