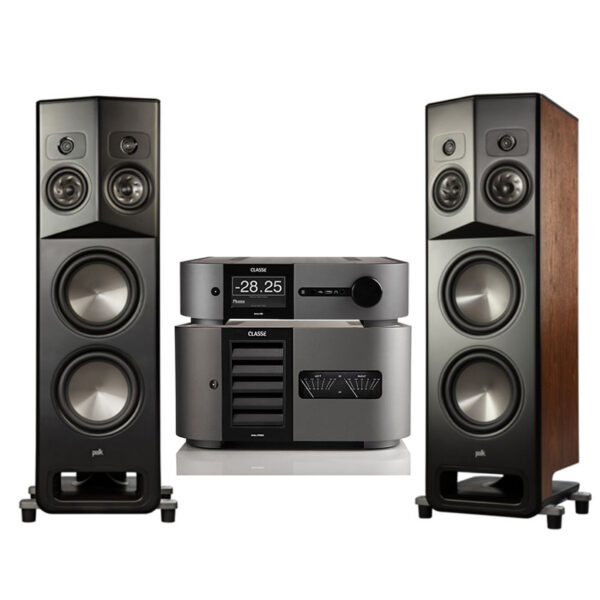 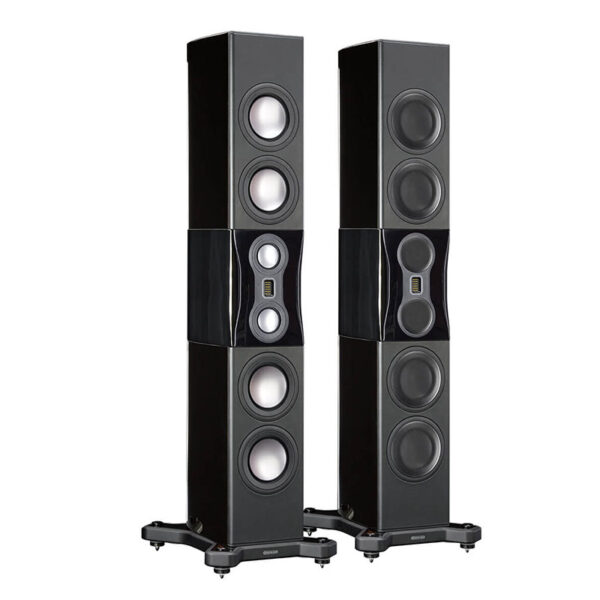 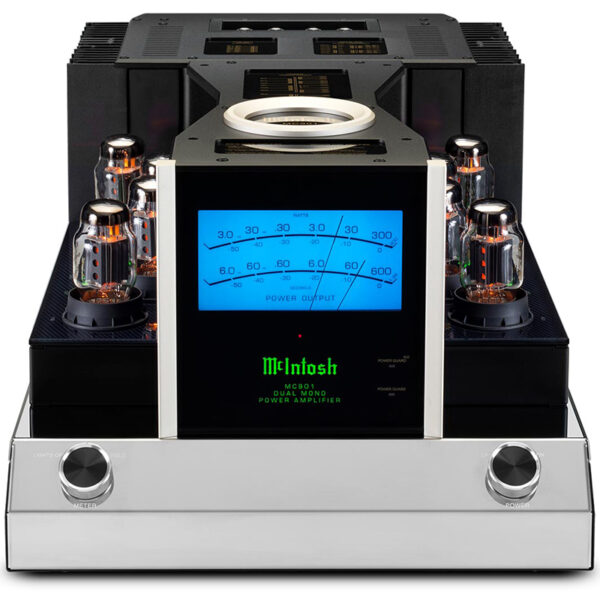 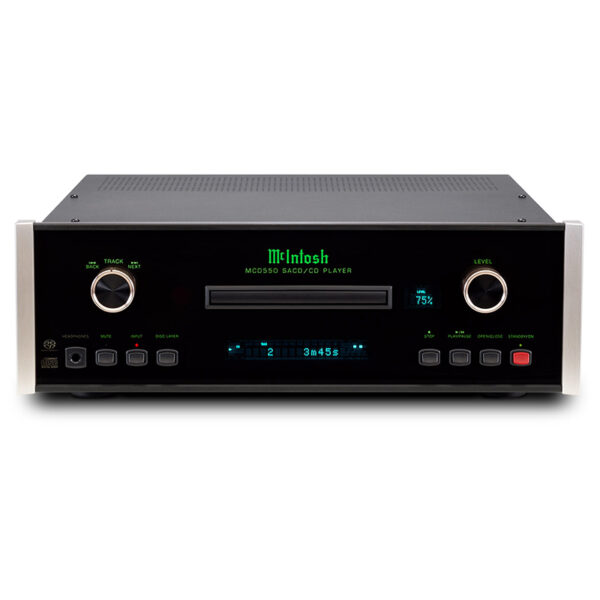 WHATS IN THE PACKAGE:

Here you’ll discover the essence of Platinum II engineering: silken layers of the finest high-frequency definition suspended on an explicit midrange, seamlessly underpinned by a deep, clean and responsive bass foundation. More than ever the sound has a physical authority, conveying the ‘live’ character of instruments, voices, and atmospheres as if they had materialized three-dimensionally in the air around you.

This is fidelity in the raw, magnificent in stature, seductive for its rhythmic subtlety, and utterly captivating in the sheer magnitude of its dynamic impact. Our most sophisticated system of no fewer than four 8″ RDT II bass drivers, twin 4″ RDT II mid-range drivers and MPD Transducer will render the entire harmonic sweep of every work with pin-sharp timing and accuracy. Your music and film sound alive, immersive, and uncompromised.

McIntosh has been perfecting vacuum tube amplifiers since the 1940s and solid-state amplifiers since the 1960s. Our amplifiers have been used at many historic events including presidential inaugurations and Woodstock, as well as in landmark sound systems like the Grateful Dead’s Wall of Sound and Despacio. From that heritage comes a true one-of-a-kind home audio amplifier only we could dream of, design and build as the ultimate solution for bi-amping loudspeakers: the McIntosh MC901 Dual Mono Amplifier.

The MC901 is a monoblock amplifier that drives a single speaker. But it is unlike any other monoblock amplifier. What makes the MC901 so unique is that it’s two amplifiers combined into one. Adding to the uniqueness is that each amplifier is of differing design philosophies: the MC901 consists of a 300 Watt vacuum tube amplifier attached to a 600 Watt solid-state amplifier on one unified chassis.

The 300 Watt vacuum tube portion powers the speaker’s mid and upper drivers via eight KT88 output tubes, plus four 12AT7 and two 12AX7A signal tubes; the solid-state section delivers 600 Watts of dedicated power to the power-hungry woofers. The 300 Watt vacuum tube amp in the MC901 uses our patented Unity Coupled Circuit output transformer – the same technology McIntosh was founded on in 1949 – to deliver its full 300 Watts into almost any speaker regardless if it has 2, 4, or 8 Ohm impedance. Similarly, the 600 Watt solid-state amp delivers its full 600 Watts into a 2, 4, or 8 Ohm impedance speaker via our Autoformer™ technology.

The 300 Watt vacuum tube portion powers the speaker’s mid and upper drivers via eight KT88 output tubes, plus four 12AT7 and two 12AX7A signal tubes; the solid-state section delivers 600 Watts of dedicated power to the power-hungry woofers. The 300 Watt vacuum tube amp in the MC901 uses our patented Unity Coupled Circuit output transformer – the same technology McIntosh was founded on in 1949 – to deliver its full 300 Watts into almost any speaker regardless if it has 2, 4, or 8 Ohm impedance. Similarly, the 600 Watt solid-state amp delivers its full 600 Watts into a 2, 4, or 8 Ohm impedance speaker via our Autoformer™ technology.

Prior to the MC901, bi-amping a speaker required two separate amplifiers. It also required an external crossover, along with a lot of trial and error, to properly configure the two detached amplifiers so they worked together as best as possible. The MC901 solves this issue thanks to its internal, adjustable crossover with the controls easily accessible on the top of the unit. These adjustable crossover filters allow you to optimize the performance of both amplifier sections to your listening preferences. Relative gain levels for each amplifier section can be adjusted from -6dB to + 3dB. A direct feed can also be connected to each amplifier section, thus bypassing the filters.

Like virtually all McIntosh amplifiers, the MC901 features an iconic “McIntosh Blue” Wattmeter, which has come to be recognized around the world as a symbol of quality home audio. And just like the MC901 itself is a new design, so too is its meter with the introduction of our new DualView™ Power Output Meter. The DualView meter features two of our traditional, fast responding mechanical meters stacked above and below each other in a single meter window; one meter is dedicated to the 300 Watt vacuum tube amp and the other to the 600 Watt solid-state amp. Each meter operates independently of the other and displays the real-time power reading of each amplifier section.

While an entirely new design, the MC901 comes with the technology one would expect from a McIntosh amplifier:

Although the MC901 may look different than any McIntosh product before it, a quick glance reveals signature McIntosh design cues. The top is highlighted by a series of diagrams printed on the glass that outline the basic circuitry and specifications of the unit, along with a glass nameplate trimmed with a circular aluminum ring that’s finished to match the front panel endcaps. The sides are adorned with vintage McIntosh-styled die-cast aluminum name badges. Two classic McIntosh knobs are located on the front of the polished stainless steel chassis, and direct LED backlighting illuminates the DualView meter, McIntosh logo, and the lettering on the black glass front panel.

The MCD550 utilizes an 8-channel, 32-bit/192kHz PCM/DSD digital-to-analog converter (DAC) with a wide dynamic range and extremely low distortion. The 8-channel DAC is used in Quad Balanced mode, which utilizes 4 DAC channels per audio channel, allowing music at all levels to be reproduced with extreme precision and elegance. It can decode PCM signals from CDs and the digital inputs, and DSD signals from SACDs.

“The McIntosh Labs MCD550 is one of the most musically engaging players that I have heard. It gives a performance that is refined and polished to the highest order… It breathes new life into CDs and brings out the best in SACDs.” Winner of an Outstanding Product Award. – The Speaker Shack

Both fixed and variable balanced and unbalanced outputs are present, offering you extreme flexibility in connecting the MCD550 to your system. The variable outputs allow for a direct connection to an amplifier without requiring a separate preamplifier. Also available are three digital inputs: a coax, an optical, and a USB input that allows for direct streaming of computer-stored music at up to 24-bits and 192kHz. Coax and optical outputs are available if you want to send the audio signal to a preamplifier or home theater processor.

“The subtlety with which it paints a musical picture is possibly it’s the greatest strength, the sense of quality is palpable. There are no nasties, musical instruments sound more like musical instruments… everything is just more realistic, snare drums crack, rim shots thwack, bass notes are deep and textured while remaining tuneful. For all it’s subtlety it doesn’t lack in dynamics either, those rim shots really do thwack with more realism.” – HiFi Wigwam

Our new High Drive headphone amplifier features increased gain and output power and is optimized for virtually all headphone types for the ultimate personal listening experience. The MCD550 reads your discs at a higher speed and stores the data in a buffer memory for better error correction and tracking, thus increasing overall audio performance. On the back are gold plated connectors that help maintain a clean audio signal and also resist corrosion. The classic McIntosh black glass faceplate is wrapped in a beautiful stainless steel chassis. 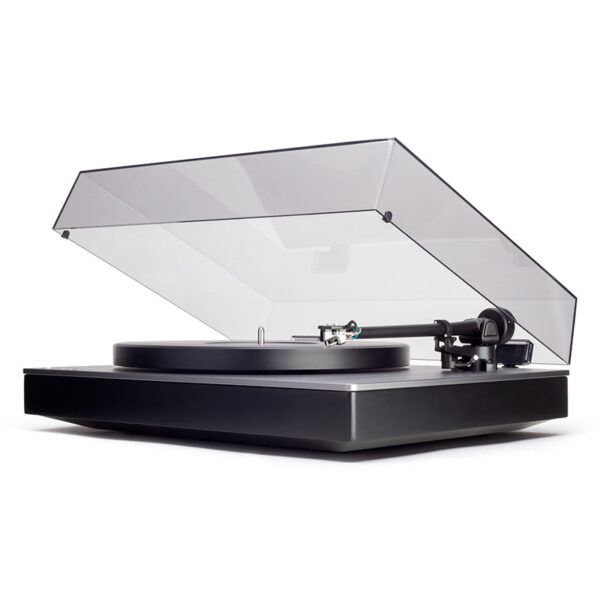 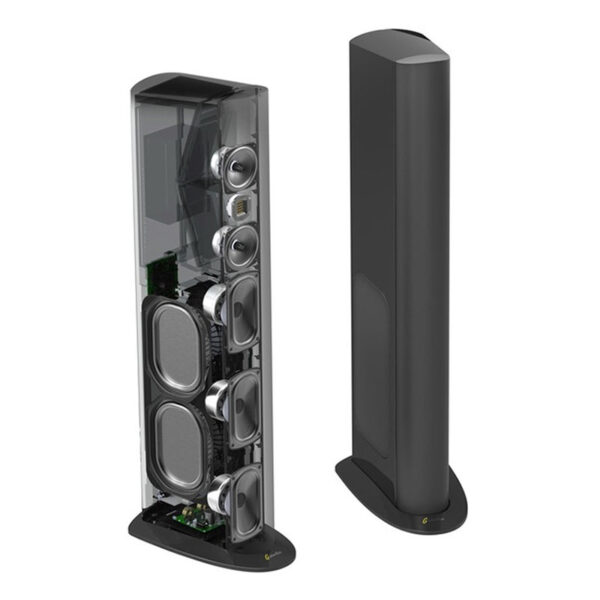 R99,990.00 Incl. VAT
The goal of the Triton One.R project was to bring the advanced technology, luxurious cosmetics and state-of-the-art performance of the flagship Triton Reference into a more compact and less expensive speaker.
Add to wishlist
Add to cart
Quick view
-20% 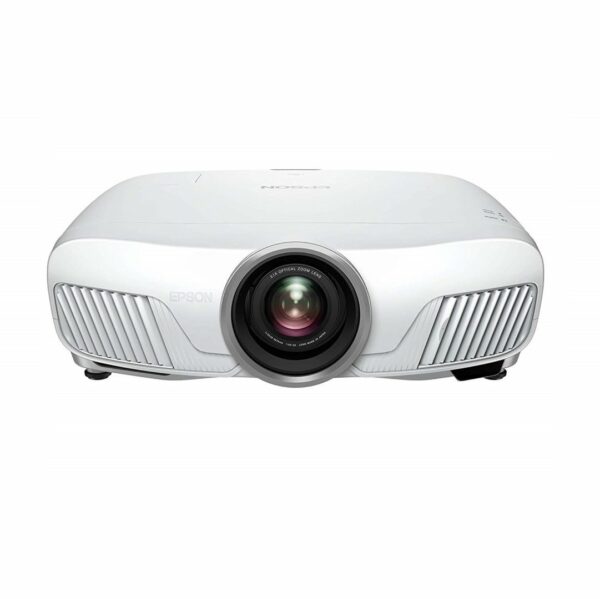 R29,990.00 Incl. VAT
Enjoy the big screen experience at home with access to the latest 4K content with this affordable home cinema projector featuring sharp images, and an incredibly high contrast ratio, all with great connectivity and easy set up.
Add to wishlist
Add to cart
Quick view
-40% 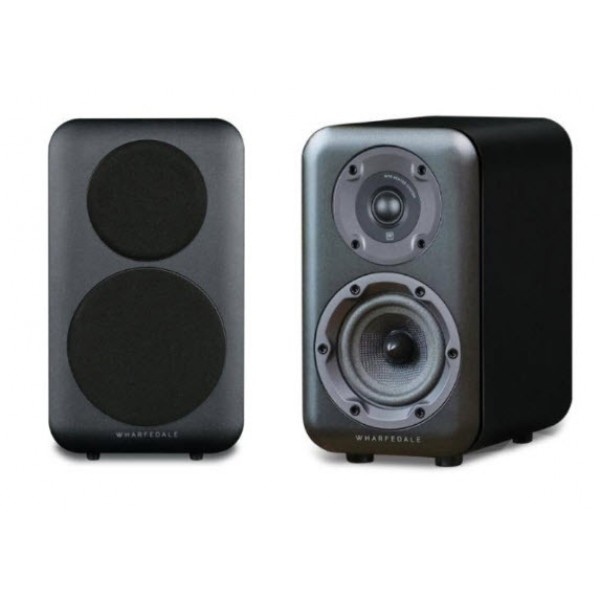 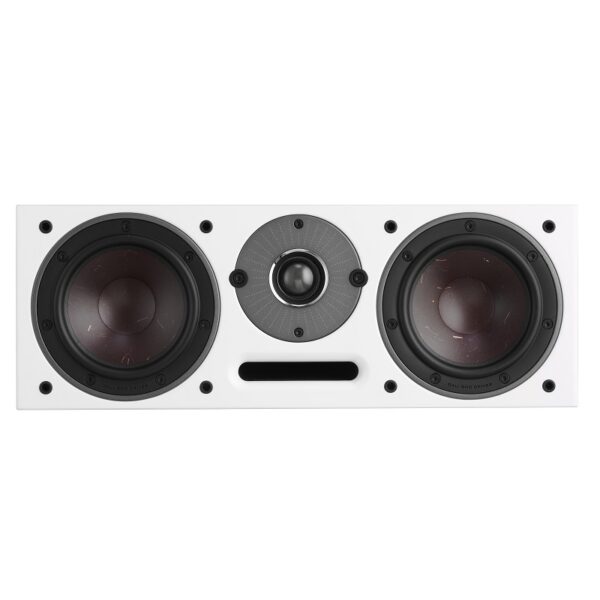 R4,990.00 Incl. VAT
The DALI OBERON VOKAL delivers a precise, clear and detailed sound performance for both your movie as well concert sound track. It is designed to be the perfect match with any of the speakers in the OBERON series for a complete surround system. It houses an 29 mm ultra-lightweight soft dome tweeter and 2 x 5.25″ SMC based wood fibre woofers – combining technologies which make it possible to create a speaker that will render audio like a much larger model.
Add to wishlist
Select options
Quick view
-50% 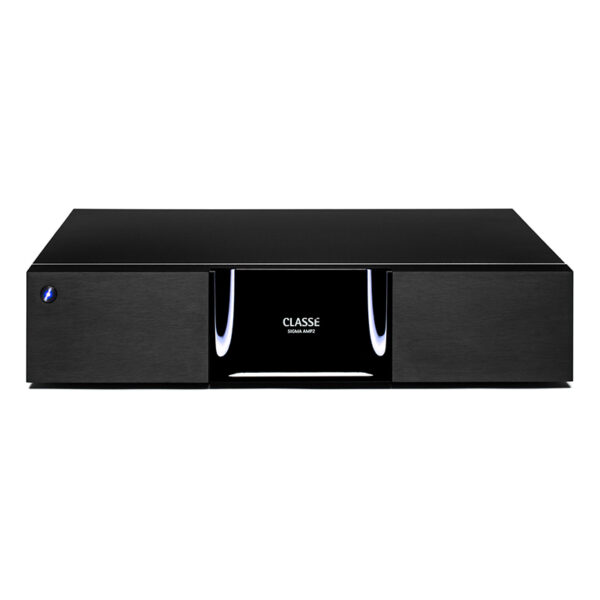 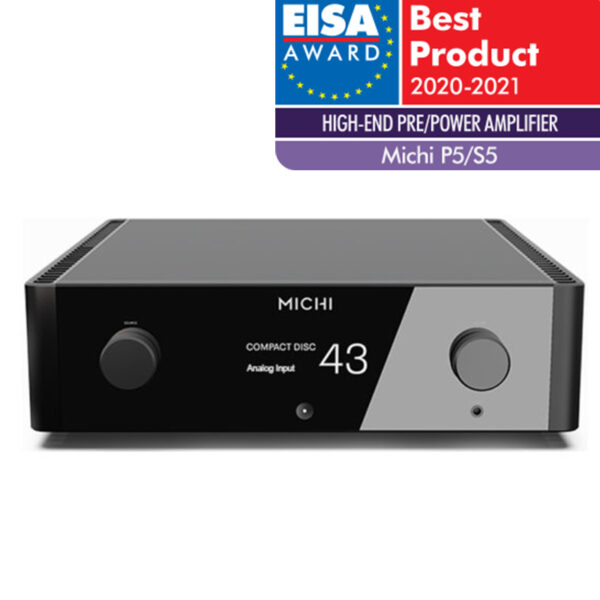 R59,990.00 Incl. VAT
The Michi P5 Control Amplifier delivers the ultimate culmination of audio performance with a full complement of source inputs.  The meticulous circuit design, critical component selection and over 3 years in the making ensure the P5 meets the highest of standards allowing this preamplifier to proudly wear the Michi logo.
Add to wishlist
Add to cart
Quick view
-47%

R79,990.00 Incl. VAT
Rediscover your valuable CD collection with the MCD550 SACD/CD Player. This high-performance SACD/CD player has everything you need for hours of listening enjoyment. “A very realistic sound field, if I close my eyes it’s as if the piano and drums are in front of me no less than 3 or 4 meters away.” – HiFi Review​
Add to wishlist
Add to cart
Quick view